The following three videos by David Mahler are a decent introduction to Git version control system and teach you the key concepts of Git in a illustrative way. Runtime is 30m each for total for 1.5h. I wish I started to learn Git this way back then. 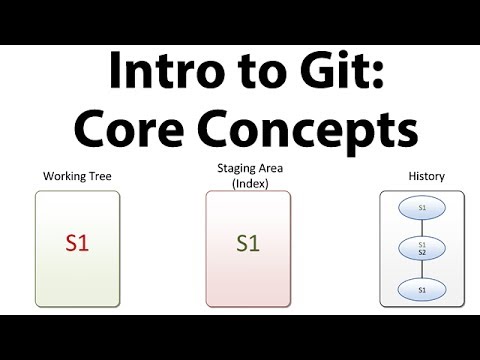 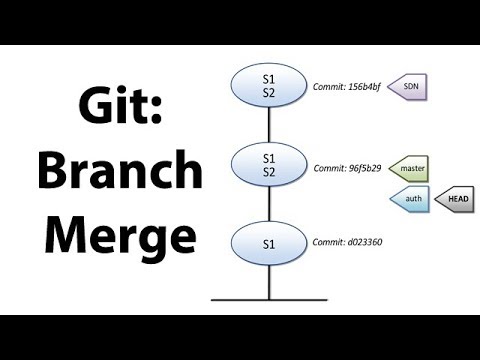 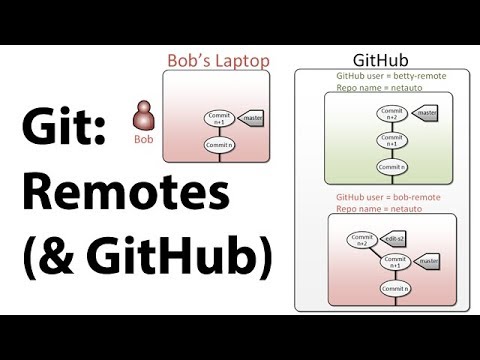 In addition, the below book, the visual overview of the most used Git commands and lastly the visual playground below are helpful too. And.. Git's very good documentation as the one source of truth as reference.

There are a number of configuration files that git offers and that let user customize their git experience in great depth. As usual great powers comes with great responsibility.

Not all configuration files and options are mentioned here, there are many more.

This step is really important as you set some default behaviour and especially you have to set your identity! This last step - configuring your identity - is neglected very often. Please, don't. No go and read first time git setup

Keep in mind that you just set your global identity. Almost every configuration key is also changeable on repo level. This means while your global identity may be "MrCool cool@test.com", you can still have another identity on a per repo basis, i.e. when implementing stuff for work. You can set your identity within the repo directory by issuing:

As you can see, the same commando is run, but --global is left out. Now this local setting can be found in the config file of the repo, see .git/config at the top level of the repo itself.

A gitignore file specifies intentionally untracked files that Git should ignore, see man gitignore or in the git-book.

Often beginners find it oddly strange that there is an index/staging area in Git and are not aware for what this thing can be used. Other VCS do not have this. Nevertheless it's not an addition just to make Git more complicated and to bother the developers. The "Tangled Working Copy Problem" illustrates why this concept makes sense and how you should use it to your favor. There's one important option tot git add that most beginners overlook (and tutorials almost never teach you), e.g. --patch or -p

Try the following form of adding files to the index next you have to do that and see what happens! git add --patch somepathspec or git add -p somepathspec

This article is the original article from 2010 that introduced/presented the Git-flow workflow for managing the code for software projects. This is quite a complex workflow featuring the master and develop branches as the permanent branches and the branch types feature branch, release branch and hotfix branch based on the needs. The articles demonstrates a lot of brain work done about handling different situations and how to solve issues. Please read the author's reflection at the top and keep it in mind! While this is a proven Git branching strategy it is quite complex and for many situations and projects a complete overkill.
Make yourself familiar with other Git branch strategies like the Github Flow or the Gitlab Flow and then choose the simplest that is still satisfying your real needs (not the nice to haves). Best use something that others in your team are already familiar and successful with!

There's a good comparison of git branching strategies over at flaghsip.io. You should least know the principles, pros/cons and differences between these four strategies.

My colleagues and friends are notoriously complaining about my git commit messages. But not only that, they also say that my commits suck pretty often. My commits seem not to be atomic, include whitespace changes or include too much stuff... but, what is a good commit with an equally good commit message anyway?

These topics have been discussed a lot and there thankfully is some common sense about these issues and good write-ups have been done, well worth reading:

I have committed something (to the main branch) and forgot to pull first. Now I can't push anymore as git rejects the push with the following message:

This usually means that somebody else already added a new commit and pushed to GitHub and now your commit conflicts with the other. What to do now? You would need to:

Damn, I committed a secret!

You just committed a configuration file with a password in it? You entered a real password into a file instead of a dummy password like 123456 and committed it? You added disclosed something else by committing it to the repo? Fear not and read ahead!

There's good cheat sheet from GitGuardian that features a flow chart on how to proceed and save the situation depending on the stage at which you realised that something wrong happened.

Well, you could create a new branch off main and then git cherry-pick all commits over, which would work, but implies additional work, i.e. if you already have setup a pull request and someone already reviewed the code as you would setup a new branch and therefore also a new PR and the review would have to be done again...

But we can use git rebase --onto command. It can do exactly what we need. Replace the old parent branch with new parent branch. In our case with main branch.
For the situation above, we would like to achieve this result:

To replace parent branch with master, we need to be on new-feature-branch branch and do:

In the end, I would like to say two more things here. First, the general form - rebase some branch from one branch onto another looks like this:

The destination branch comes first follow by the old branch. The branch that is moved is the currently checked out!

Second, as you see one schema above, after using git rebase --onto we don’t have exactly the same commit like before. Code is the same, but the SHA number (you know the commit identifier, for example 2d4698b) for each commit is different. Everything will be fine, when you work alone on the branch where you want to do the trick. In case other people also work on this branch this command can provide problems as always when you rewrite history and change commit hashes.

Extract a Subfolder to Its Own Repository

Sometimes you come to a point where a certain bit of your code grows that much that you want it to manage in its own repository. Some common use cases might include:

You might say: "Well, create new repo, move the files over, check them in and do the first commit. Done. Where's the problem?" What if I tell you, that moving only the files is not enough. I'd want to also move the history of those files. I want all the old commits where these files were referenced in the new repo too!

It turns out that this is such a common and useful practice that the overlords of Git made it really easy. The magic command is git subtree split